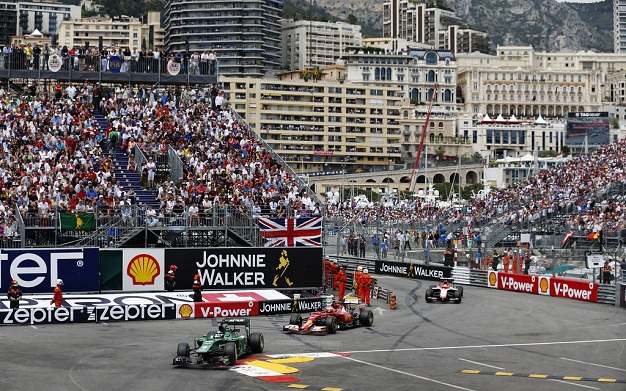 We decided to take another cark park on the peninsula between Monaco Ville and Holiday in Monte Carlo. Enroute we drive a portion of the road which will soon (in about 2 weeks) be used in the famous Formula One Race through the streets of Holiday in Monte Carlo. There is already major preparation work going on for the race with an amazing amount of seating being installed for the thousands of spectators expected.

We head to Port Hercule where numerous luxury yachts are moored as well as a spectacular 4 masted cruise ship anchored out a short distance. Soon after we spotted the cruise ship the sails were hoisted up and it sailed away to its next destination! 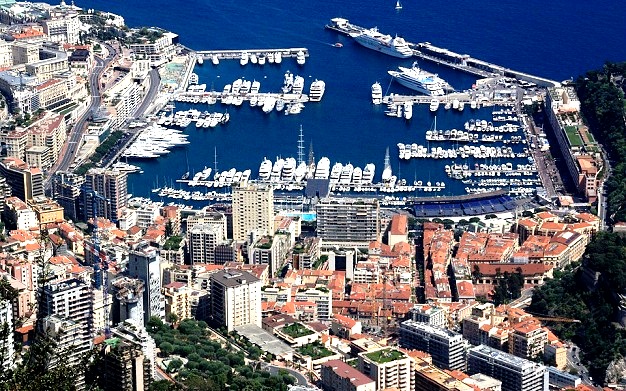 We move along to the Musee Oceangraphique Et Aquarium in Monaco-Ville and check out the beautiful architecture of various buildings along the way including the Ministere d’Etat.

We head out of town in the general direction of Sospel and find a restaurant with accommodation (Auberge) north of Menton.

After a spectacular lightening and thunder storm that crackled and roared overhead during the early hours of the morning, we checked out of the hotel in Noli – still sleepy eyed, and headed for Finale Ligure for an internet session and coffee, lots of coffee!!

Today we headed for the famous region of Provence in France as well as Monaco. From the Italian side of the border their are spectacular views along the Cote d’Azur (or French Riviera), and to the city of Holiday in Monte Carlo. We decide to check out how the rich and powerful live, so with our noses high we slide into a park right outside Hotel de Paris and the famous Cartier boutique, these are adjacent to the Casino Holiday in Monte Carlo in Place du Casino. We make a quick photography shoot and tour of the Casino, Hotel de Paris, and Cafe de Paris before returning to our car. 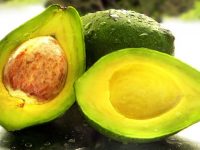